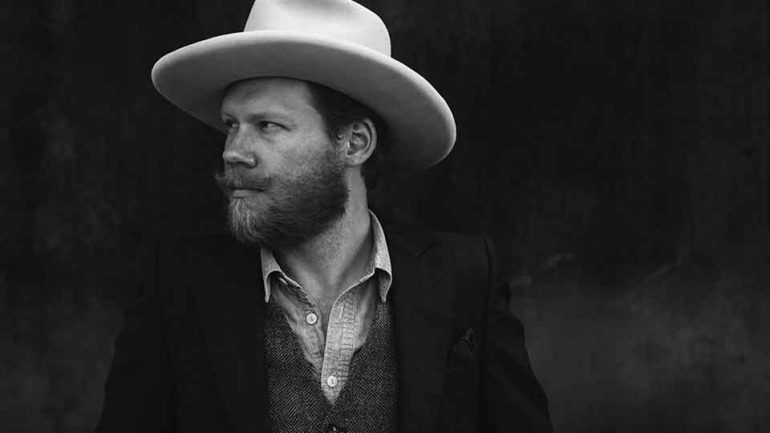 Jarrod Dickenson was one artist on the Black Deer Festival line up that I had heard most people were looking forward to seeing and after seeing his set, I completely understood why. Jarrod is one of those artists that make you think “Why isn’t this guy one of the most famous artists going?” but that being said, he has such a successful career with a huge fan base as well as string of celebrity fans that he isn’t exactly doing badly.

Jarrod was joined on stage with his wife Claire who is from Belfast. Claire lent her vocals throughout the set as well as joining Jarrod for their duet Your Heart Belongs To Me which was absolutely gorgeous and quite emotional. A Texan native, Jarrod’s music has a strong traditional country/americana sound which was blended well with a more modern twist and in some places slightly dark with an outlaw type feel to it. All the songs were sensational and absolutely cracking live. Faint of Heart really stood out to me with its dark americana start to a more upbeat middle.

Jarrod was quite the showman, although not the the type of artist to throw himself about the stage, he mesmerised the audience with his flawless vocals , quick wit, charm and guitar playing which is what we UK fans love the most – we love to absorb, listen and just be taken away to another world which is exactly what Jarrod did.

“He is exceptional, in a different league“, I remember saying to my husband. Jarrod played a variety of his songs, all of which were new to me but not for long. He did play a completely new track which the audience very much enjoyed and it is safe to say that the UK are forever supporters of his music. A highlight of the weekend for sure and not just for me but for many others too. Jarrod is welcome back anytime to the UK and hopefully will see a return for Black Deer Festival.

Signed to Decca Records, Jarrod’s most recent album Ready The Horses is now on our playlist and won’t be removed anytime soon in fact we are toe tappin’ along to it right now and are so far digging Way Past Midnight. This is an artist that I highly recommend for any true lover of music, for anyone who appreciates the craft of songwriting and for anyone who enjoys and appreciates a stunning, peaceful and at times energetic performance.