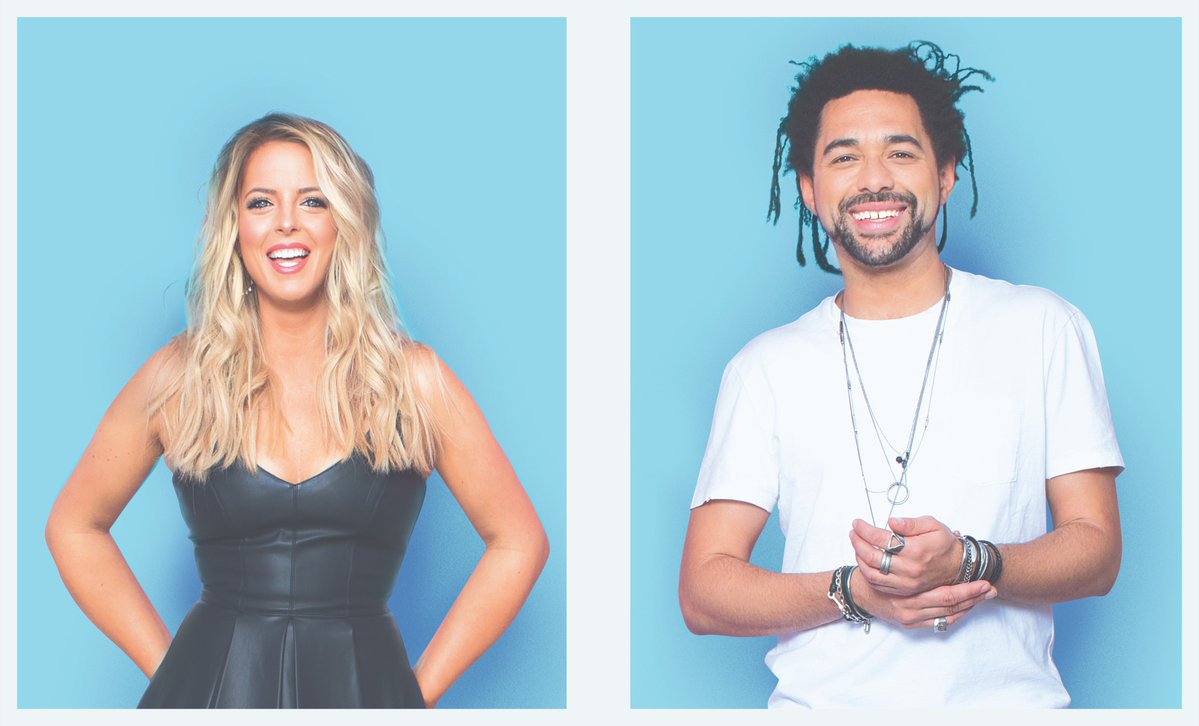 The Shires began a mammoth thirty date UK tour in Guildford to promote their new album Accidentally On Purpose. The concert sold out months ago and as early as the second number the majority of the fans were out of their seats for the more uptempo numbers.

Ben Earle and Crissie Rhodes were backed by four musicians, drums bass and two guitarists, one of whom doubled on pedal steel and banjo. The staging was based around a simple yet effective lighting display.

The group played nine tracks from the new album and a whopping 22 altogether in a 90-minute set. The audience gave them a rapturous reception from start to finish.

This was a slick and highly polished performance, and for the first night of a tour the sound was fabulous. More vibrant than the studio recordings and with the duo’s personalities stamped on the performance.

This show had it all, a good balance between uptempo and ballad numbers, on several occasions Crissie and Ben were centre stage either without the other band members or with them joining gently in the background. This demonstrated the strong vocal chemistry between the pair, apparent of numbers such as Black & White and Brave.

After Accidentally On Purpose Crissie joked that she was “knackered already” and when Ben came back with her for the gorgeous first encore track of Loving You Too Long he did so with a drink, joking that he had previously said “I’m going to cut down the drinking on this tour, oh well.” On Sleepwalk Ben had asked the audience to light up the venue with their phones and there was a warmth in the venue. There was the story of Crissie drinking in Nashville with Ed Sheeran and then came Stay The Night co written by Sheeran.

As part of the encore the duo performed a stripped back version of When You Say Nothing At All with Ben at the piano and perfect harmonies. This was originally a country song before Ronan Keating borrowed it as a monster hit and Crissie and Ben are reclaiming it for country. A Thousand Hallelujahs was a fitting climax to a show which had an almost religious fervour.

It’s not difficult to see why The Shires are so successful, personable performers backed by a good band, strong country pop material. ballads beautifully performed – a winning formula. Some of the more poppy tracks such River Of Love and Guilty have an anthemic feel. On All Over Again  Crissie worked the crowd with call and response. Tonight was the last song of the normal set and whilst the band was offstage the audience kept singing the last refrain of the song until the band returned.

One of the biggest reactions of the night was to Nashville Skies, the first song they released, with the crowd singing along and the lyrics “We can build our own Nashville underneath these grey skies” Check the title of this site to see the connection.

Connect is what Crissie and Ben do with their audience. There was a feeling of mutual respect and on several occasions Ben thanked the fans for making the duo what they are, the top UK country act. By a country mile.