Millport Country Music Festival are delighted to announce that The Wandering Hearts and American Young will be appearing on Sunday 9th September 2018. 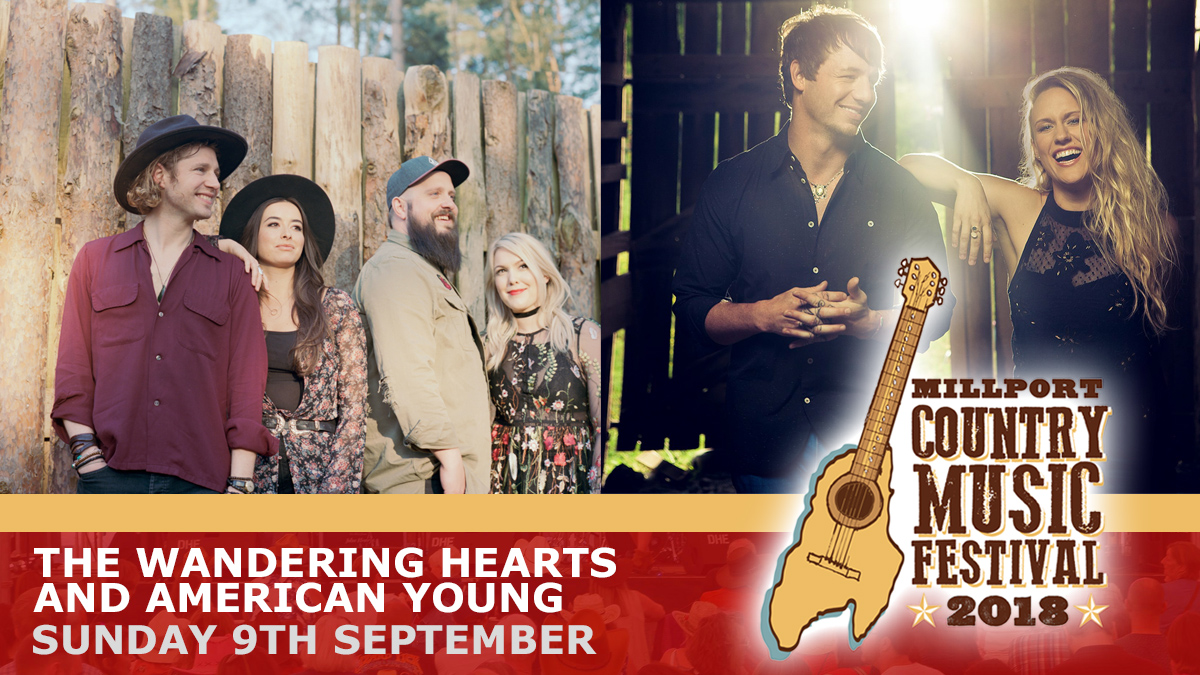 The Wandering Hearts are following in the footsteps of last year’s Millport CMF headliners, The Shires, and Ward Thomas in stepping to the forefront of the UK country scene. Signed to Decca, the band, which consists of Tim, Tara, AJ and Chess, released their superb debut album in February and are on a trajectory straight to the top. Their album features their amazing harmonies and what is even more amazing is that they reproduce those harmonies flawlessly live. They are a terrific live band and are not to be missed!

Jon Stone and Kirsty Osmunson are Nashville’s country duo American Young. Having written for hit makers like Kenny Chesney, Lee Brice, Rascal Flatts, Blake Shelton and more, the duo released a great album entitled AY in 2016 and are currently hard at work on their follow up. A compelling and energetic live act, Millport CMF is delighted to welcome American Young to the growing high quality line up of this year’s festival

Located within the Garrison House grounds at the heart of the beautiful seaside town of Millport on the Isle of Cumbrae, less than an hour from Glasgow, Millport Country Music Festival will offer access to all four music stages with one cracking value ticket. Daily and weekend tickets can be bought at millportcountrymusic.com and facebook/millportcountrymusic.

More than 35 artists will appear over the weekend, representing some of the best country music talent from Scotland, across the UK, Ireland, Sweden and the USA.