Just six months ago Courtney Marie Andrews was playing an acoustic set to 80 people in a pub in Guildford. Read my review here. Last week she sold out two nights at London’s prestigious Bush Hall. Her take on this meteoric rise to fame will be covered in a forthcoming interview on this site.

The evening began with a beautiful solo set from Spanish artist Joana Serrat, playing material from her new album Dripping Springs which is out on Loose Music on 29th September. Serrat grew in confidence as the audience grew in numbers and her set was warmly received by an enthusiastic audience.

By the time Courtney Marie Andrews came on stage there was a buzz in the hall. Several country music magazines had sent photographers.

Andrews and her full band came on stage to a rapturous reception befitting her growing reputation. Rookie Dreaming set the tone for the show. Andrews was powerful, confident and mesmerising. Her band from the States comprised of electric guitar, drums, bass and keys. There was a covered pedal slide guitar mysteriously set up on the stage.

A new track, Sea Town, issued on 7” vinyl this week showed a new and rockier side to Andrews with her band perfectly complimenting her strong vocals.

Buffalo “is a new song about the gentrification of American neighbourhoods. First you get the hipsters, then the musicians can’t afford to live there, and then you get the bread shops.” Two Halves saw Andrews in full flow, fun and smiles on stage.

A blend of familiar and new songs followed. After Long Road Back To You she asked the audience “Is anyone here from last night? I don’t want to tell the same stories.” According to her lyrics: “I’m a woman of many stories, if you listen I’ll tell you one.” 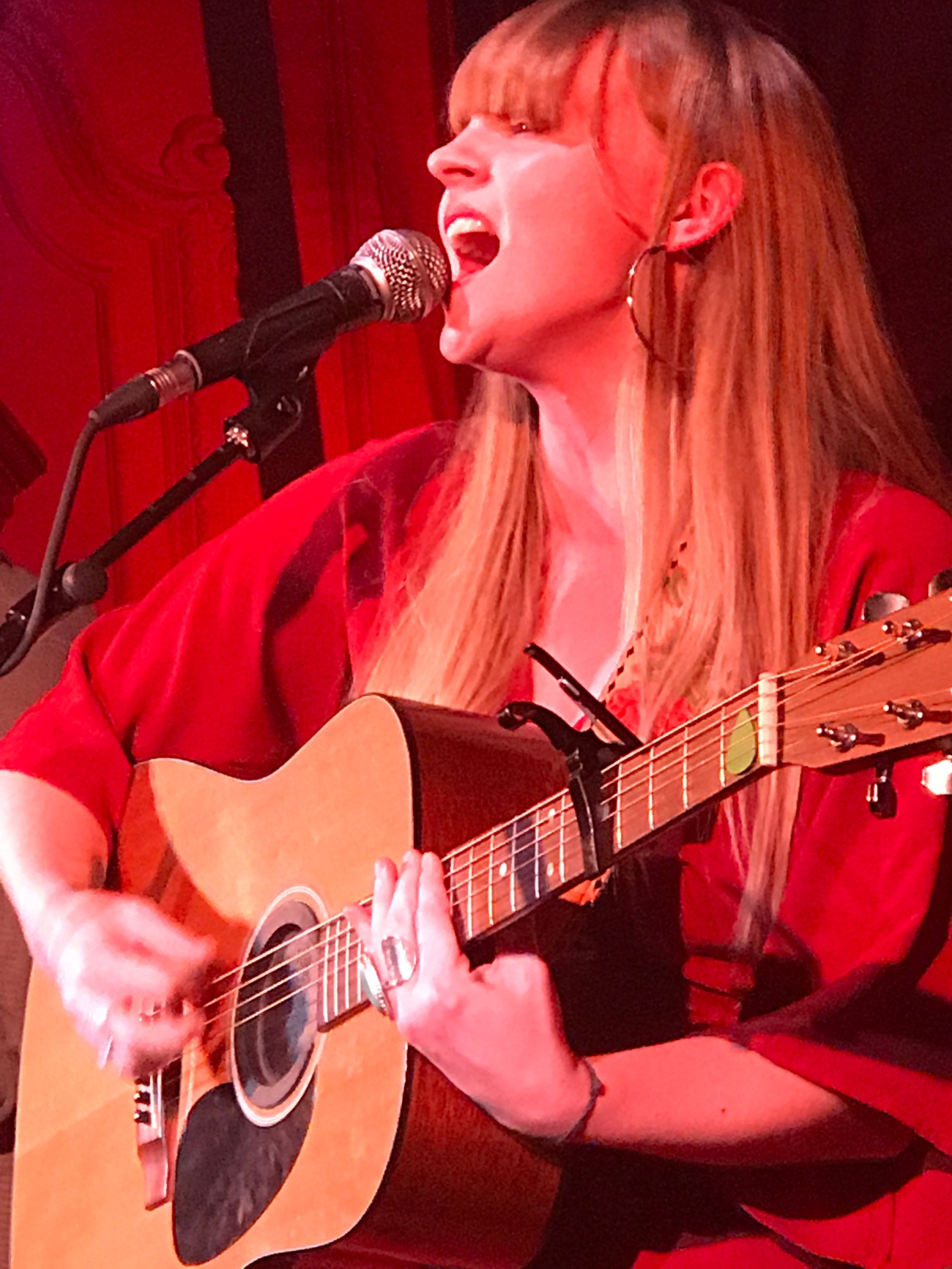 She played eight tracks from her latest album Honest Life which has caught the attention of critics and brought her a loyal fan base in the UK. One fan attending this London show had attended eight gigs on the tour. Andrews is taking her band into the studio to record her next album after this tour and she previewed several tracks which indicate this is going to be another winning album.

In a whopping 105 minute, 23 track set Andrews played two tracks from a previous album On My Page which has recently been re-released by Loose Music whom Courtney Marie thanked. 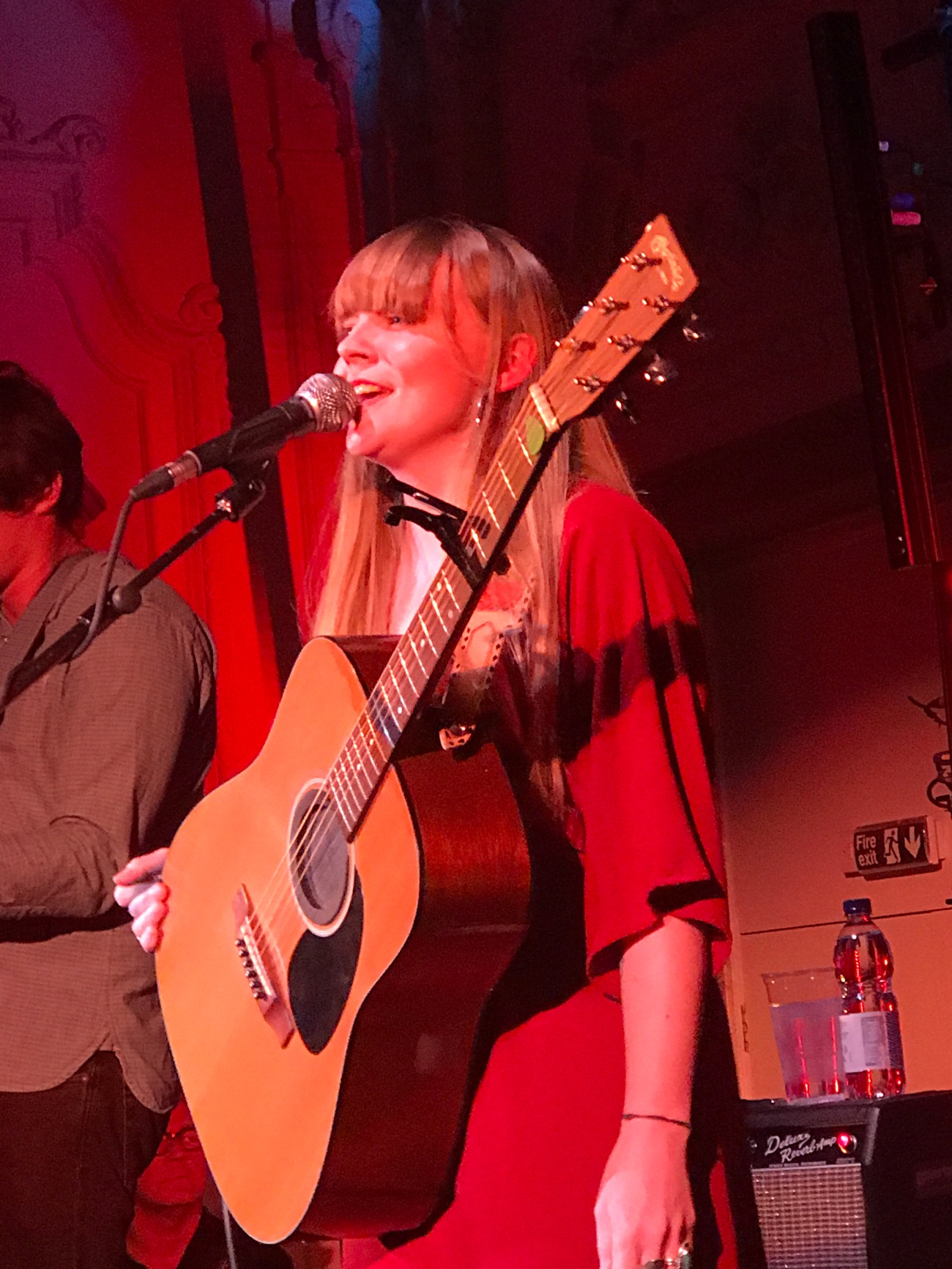 Midway through the show Andrews held the audience transfixed with a high quality solo interlude, including the intensely personal Paintings from Michael with Andrews at the piano. Andrews wrote the track for her uncle who would send her paintings from prison.

Halfway through the set the mystery of the pedal steel was unravelled. Legendary player BJ Cole, who accompanied Andrews on her on her Jools Holland’s Later performance, joined the band for the next five numbers. Cole adding panache and layers to tracks including Honest Life, How Quickly The Heart Mends, which was met with rapturous applause, and Table for One.

Near You, also on the 7” release, was one of the many highlights of the show. “I’m not asking for the moon, I just want to be near you” were some of the stunning vocals from Andrews.

Andrews seems to be moving in a new direction which will bring her a new fan base, with a slightly rockier feel than on previous material. The risk of alienating current fans is minimal as she still retains that intense personal retrospection and country feel.

15 Highway Lines continued this trend with Andrews transferring from acoustic to a bright red guitar. This brought jovial comments from her bassist who pointed out that she was using a red guitar, wearing a red jump suit and performing on a red stage with red lights. One thing is certain, the music at Bush Hall that night sure was red hot.

Towards the end of the set came the crown pleaser Irene and another of the new songs, Took You Up with the lyrics “Is this love or is this addiction? With motels, dives and country drives, we ain’t got much but we got each other” and “sometimes love gets you so damned depressed, but I wouldn’t trade our love for a million bucks.”

The main set ended with Warning Sign and showed a new facet to Andrews’ voice, a distinct soul element with strong vocals.

Equally at home being solo or expertly fronting her band, Andrews’ encore consisted of both elements, first a solo track where you could hear a pin drop, and finishing with an upbeat cover of Dylan’s Tonight I’ll Be Staying Here With You from his Nashville Skyline album.

Courtney Marie Andrews is rightly deserving of the plaudits she is receiving. Ten years on the road means she knows how to deliver a knockout show. The new material demonstrates that her next album will be at least as excellent as her last.

Words and photo’s by Chaz Brookes