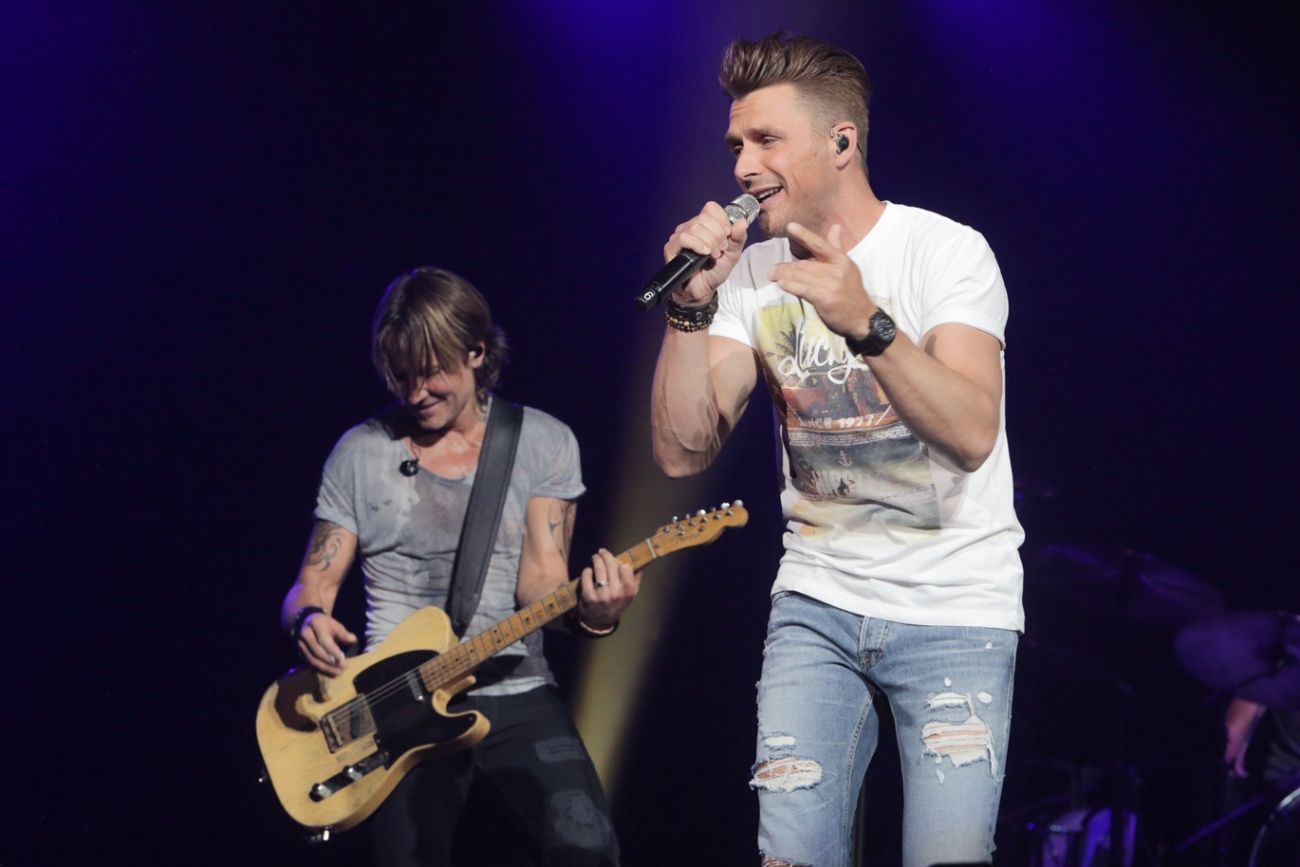 Robby Johnson’s Don’t Look Back Tour dates aligned with Keith Urban’s Ripcord World Tour dates in Canada last week, thus creating an opportunity for the two men to get together on stage the time of a song.

For two nights in a row, Keith Urban wanted to surprise his fans by inviting Robby on his stage for them to perform You Gonna Fly together.

Keith’s sexy and surreal guitar playing skills aligned with Robby’s commanding drive called for an explosive combination. The reaction of the crowd was undeniably loud as the two men were determined to give them the time of their lives. Needless to say that fans are hoping to see more collaborations down the road.

“We had so much fun doing this! Keith is not only an outstanding musician and incredible singer but also a great human being that’s guided by his heart. I’ll forever be thankful” says Johnson. In fact, there was no politics behind Urban’s gesture. He simply wanted to jam a tune and have fun with Robby.

The two had met for the first time in 2015, when Robby had opened for Keith during a Summer Festival, and then more recently at the 50th CMA Awards. Robby’s Don’t Look Back Tour is still running till the end of the year.