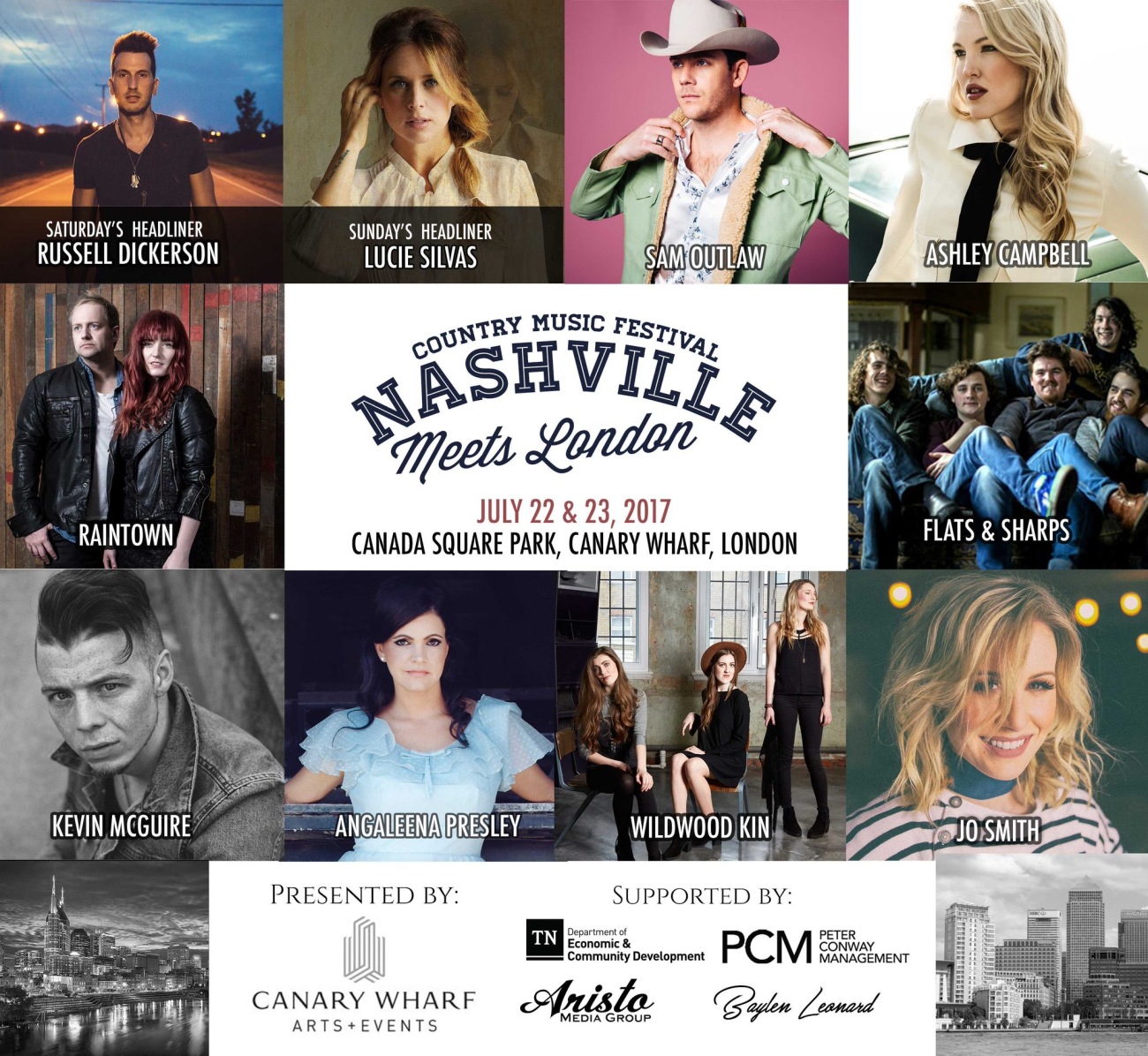 TNECD will serve as a sponsor of the 2-day event, set for July 22-23 in Canada Square Park, Canary Wharf, London 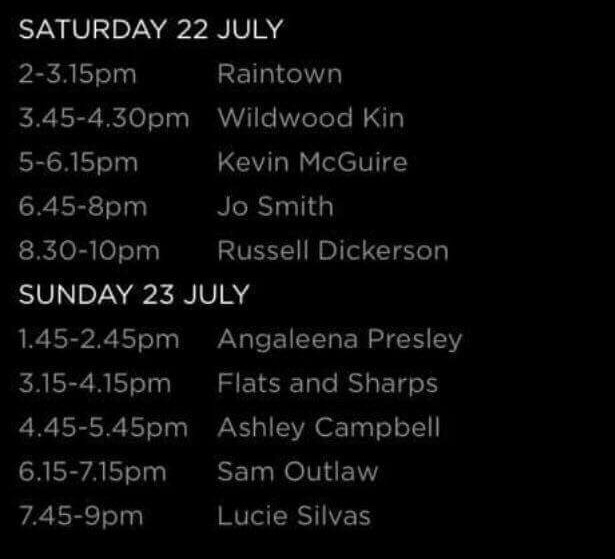 The festival will be opened by UK favourites Raintown. Husband and wife duo Raintown have a loyal fanbase within the UK and it is great to see them as part of the lineup. With succesful songs such as Nineteen Again and Writing On The Wall, the crowd are bound to be singing along.

Wildwood Kin, a new family country music trio who have just been on tour with Ward Thomas will also play on the saturday alongisde Raintown. Wildwood Kin have just released their single Run from their debut album due later this year.

Kevin Maguire – a rising UK star has created a lot of buzz lately with his young, fresh sound similar to that of Hunter Hayes and Seth Ennis. Kevin is bound to make an impact on the festival and will no doubt become a fast favourite amongst the fans.

Jo Smith – SMACKSongs artist Jo Smith released her debut EP titled Introducing Jo Smith last year. As as a praised rising star, we are really excited to see her in the UK.

Russell Dickerson is an American country music singer-songwriter from Nashville, Tennesse and will be headlining the Saturday. His EP Yours is out now! Russell is an exciting addition to the festival and will no doubt make his mark within the UK fanbase.

UK favourite and one third of The Pistol Annies, Angaleena Presley has made quite the impact as a solo artist especially with her recently released second album Wrangled. We are beyond excited for Angaleena’s return to the UK and hope she continues to visit us on a regular basis.

UK five piece Flats and Sharps create a sound that blends Bluegrass, Folk, Country and pop. They released their critically acclaimed five track EP ‘Always There‘ in 2015 and have played various festivals such as Country 2 Country Festival at the O2 in London in March 2015 and at Proms in Hyde Park, London in September 2015, which was recorded for later broadcast on the Bob Harris Country show on BBC Radio 2.

We look forward to their set and watching their fan base grow.

Ashley Campbell is no stranger to the UK fan base. The daughter of Glen Campbell, Ashley has proven she follows in his footsteps talent wise. Ashley Campbell released her debut single “Remembering” via Dot Records, (part of  the Big Machine Label Group) in 2015. Ashley has also been part of C2C Festival back in 2016 and wowed the audiences which she is sure to do again during Nashville Meets London.

Sam Outlaw has pretty much started to make the UK his home away from home and we could not be happier about it. Hailing from California and bringing an authentic SoCal sound to his music blended with a traditional country sound and Americana feel, Sam has pleased critics across the globe with his debut album Angeleno and more recently with his current album Tenderheart which has received nothing but high praise. We are so pleased to welcome Sam back and cannot wait for his flawless performance and his entertaining personality.

Lucie Silvas headlining this festival is a real treat. After a ten year gap from the UK, Lucie has kept her promise in visiting us more often. With her current album Letters To Ghosts introducing her to the country music verse, Lucie has proven she belongs with the genre and that she is here to stay. We are unbelievably excited for Lucie’s set and know she will close the Festival in epic form.

The Tennessee Department of Economic and Community Development (TNECD) serves as a sponsor of the two-day event, designed to bring the “Music of Nashville” abroad, showcasing musical talent from both Nashville and the United Kingdom. The festival is free and open to the public to attend. Representatives from TNECD will be in attendance for this year’s event.

The site of the annual festival, Canada Square Park, is located in the heart of Canary Wharf, that hosts over 300 shops, bars and restaurants. For the past eleven years, Canary Wharf has hosted the Canary Wharf Jazz Festival, which is largest free jazz festival in the UK. Canary Wharf Arts + Events presents a world class, year-round arts and events program, offering tenants and visitors over 200 diverse and culturally inspired events throughout the estate. The majority of these events are free for all and range from outdoor theatre, live music concerts, sporting events, dance performances, community showcases, global street food and family friendly shows.

About the Tennessee Department of Economic and Community Development: The Tennessee Department of Economic and Community Development’s mission is to develop strategies, which help make Tennessee the No. 1 location in the Southeast for high quality jobs. To grow and strengthen Team Tennessee, the department seeks to attract new corporate investment in Tennessee and works with Tennessee companies to facilitate expansion and economic growth. Tennessee is the only three-time winner of “State of the Year” for economic development by Business Facilities magazine. Find us on the web: tnecd.com. Follow us on Twitter: @tnecd. Like us on Facebook: facebook.com/tnecd.