LUCAS HOGE VIDEO FOR “BOOM BOOM”PREMIERES ON TASTE OF COUNTRY 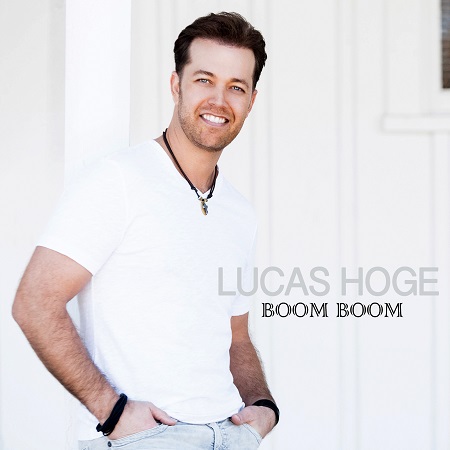 Taste of Country to host the world premiere of country hunk Lucas Hoge’s video for his current single “Boom Boom.” Click here to watch the video for “Boom Boom.”

The video for the upbeat love song was directed by Stokes Nielson and shot in Las Vegas, Nev. and locally in Tennessee, features Hoge taking a ride down memory lane with the help of a Shelby Cobra. All the moments of his relationship leading up to him meeting his girlfriend dressed in a tuxedo, driving the classic Shelby Cobra. The video ends with a cliffhanger, Hoge reaching into his pocket and pulling out a diamond ring.

“I had an absolute blast filming this video. I got to drive one of my dream cars, a Shelby Cobra all throughout the desert outside of Las Vegas, I felt like James Bond! I think Stokes did a great job depicting a love story fitting for the single.” said Hoge.

“Boom Boom,” available for download here, was co-written by Philip LaRue and Ben Glover. Hoge is touring the country with his guitar in tow visiting fans and radio stations while promoting his latest single. Here’s what’s being said about his single…

“There’s a refreshing honesty and tenderness about this song that transcends ALL demos. I guess you can call it a hit record! A hit is a hit is a hit!” – Ed Hill, PD / KWOF Denver

Hoge currently on Rebel Engine rose to national fame in 2010 as a star of Animal Planet’s “Last Chance Highway,” which led to appearances on “The Today Show,” “Inside Edition,” “The Daily Buzz,” “Daytime TV” and many more. Hoge is the Music Ambassador for Cabela’s and is also a passionate supporter of the U.S. military having traveled to various countries throughout the Middle East and beyond to perform for troops, for the past 8 years on the Wrangler National Patriot Tour. Hoge is also the Celebrity spokesperson for Guardian Angels For Soldier’s Pet. Hoge has been visiting radio stations all over the U.S. promoting his latest single, “Boom Boom.”