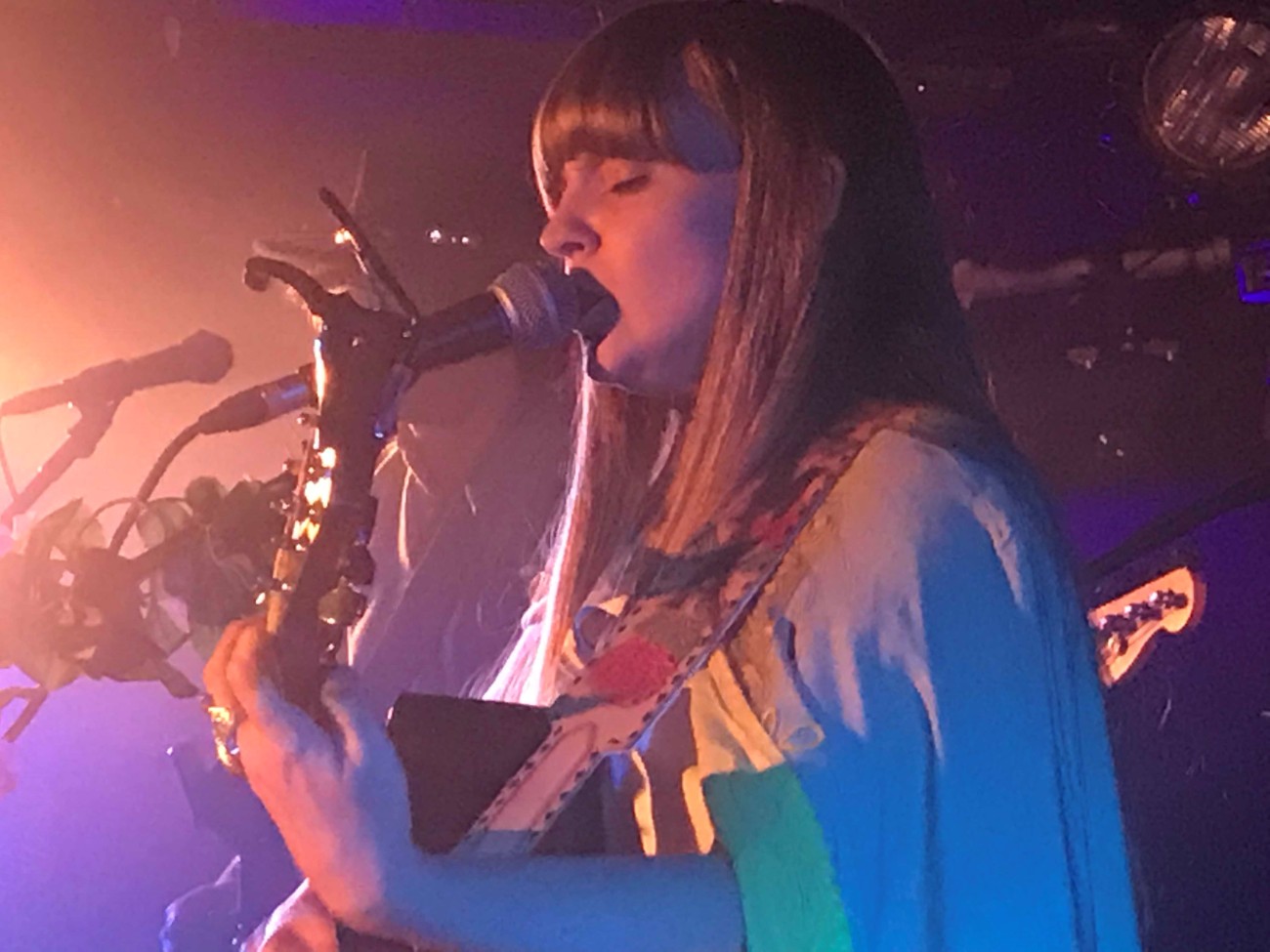 The evening began with a great solo support set by the talented singer-songwriter Twain aka Matt Davidson from Virginia, who warmed to his task after admitting to having imbibed to excess in the Black Dog pub in Manchester after the previous night’s gig. By the end of his set the crowd had grown and he received a very warm reception.

BOON has reviewed Courtney Marie Andrews several times and this latest band outing eclipses previous performances. The self-belief that recent critical recognition has given Andrews is apparent. Having crystal clear delivery her stage presence is mesmerising. Andrews is now supremely confident and her performance level has risen a notch since her two sell-out gigs at London’s Bush Hall last September.

She was backed by her very talented band brought over from the States of lead guitar, bass, drums and keys. Touring to promote her critically acclaimed new album May Your Kindness Remain, Andrews added three brand new songs to her setlist to make it a 20-track set.

At the age of 27 Andrews is performing like a veteran and in some ways she is already one, having been on the road since she was 16. She is revelling in her new-found success and knows how to deliver a show.

Opening with Long Road Back To You her strong yet sweet voice filled the venue. Her sense of humour is never far from the surface and she introduced the second track I’ve Hurt Worse as “a sarcastic love song”.

Andrews always captivates her audience, whether an uptempo number such as Two Cold Nights in Buffalo or the achingly beautiful Near You “I’m not asking for the moon, I just wanna be near you.” Table For One, the song that made things happen for her when she performed it on Jools Holland’s Later programme, was received like a long lost friend.

A standout track was Took You Up. This is the essence of Courtney Marie Andrews, a beautiful song, emotional, raw and observant lyrics, performed with passion, commitment and no little skill.

Andrews returned for her the encore of Let The Good One Go and the crowd pleaser Irene before welcoming back the evening’s support act Twain for a raucous country rock jam to Little Feat’s Willin’.

Sad to see the icon sofas of @bushhallmusic go. Here is a lovely photo of @cassadeepope when we interviewed her during Country Music Week. These sofas are going for free to whomever can collect next week. Oh if only I had room